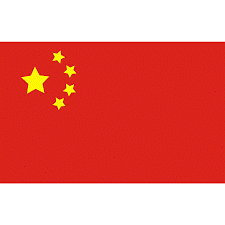 The recent book by Chinese scientist and entrepreneur Kai-Fu Lee “AI super-powers. China, Silicon Valley and the new world order”clearly describes the current state of Artificial Intelligence with particular reference to China, a little-known reality in the Western world that mainly looks to the US. As we will see, Artificial Intelligence (AI) applied to Retail is already a leading Chinese sector and it is interesting to understand how this record was achieved in such a short time.

The awareness that AI is fundamental for the future economic and strategic balance of the world has spread since US President Barack Obama announced a White House report on the future of the AI on October 12, 2016.

Towards the end of 2017, in its three-year plan, the Chinese government announced exceptional measures to support the AI development with the declared aim of becoming a world leader by 2030.

Currently, the US is leading by the number of companies, organizations and brains, but in terms of investment and resource mobilization, China is showing the determination to quickly become number 1.

The initiatives of other nations, such as the billions earmarked for the AI development first from France and then Germany, pale in comparison, even if from the academic point of view there are important research centers outside the two super-powers, such as for example in England and Canada.

We should also remember that since the beginning of the Internet the Chinese government has an isolated approach favoring national entrepreneurs, which quickly moved from the copy of US services to the development of indigenous solutions, which have no direct counterparts in the US. The Baidu, Alibaba and Tencent giants already exceed in data volume the corresponding Google, Amazon and Facebook because the population has quickly embraced the Internet in everyday life through their smartphones.

Tencent’s WeChathas surpassed Facebook for services breadth and diffusion also thanks to mobile payments. Together with Alibaba’s Alipay (which launched the "pay with a smile" service where customers are identified through facial recognition) they contributed to the drastic reduction of cash, forcing thieves to reinvent themselves and the beggars to expose their QR Code.

Finally, the emphasis on privacy is highest in Europe, home of the GDPR, minor in the US and almost none in China. So if data can be defined the oil of the twenty-first century and AI the tool for distilling products and services, then China is already the world's largest producer.

This situation should not surprise us because in 2014 the Chinese government launched the "Mass Innovation and Mass Enterprenurship" program and its entrepreneurial class is currently much more aggressive (hungry as Steve Jobs would say) than its US counterparts. Another characteristic of Chinese entrepreneurs is that they are not afraid to "get their hands dirty" with the problems of the “last mile”. For example, Dianping, the largest Chinese restaurant order site (much larger than the US leader, Yelp) has organized not only the IT platform, but also its own electric scooter based delivery service in all major cities.

It is worth remembering that the Internet revolution was born from US Government research and was brought to the market by a class of entrepreneurs, many of them young Californians moved by the libertarian and anti-government attitude of the 70s. Even if soon replaced by craving of supremacy, this attitude sometimes re-emerges today. See, for example, the petition from Google employees to stop working for the US military or Apple's refusal to hand over the iPhone's access codes of a suspect.

In China, instead, the utilitarian spirit and the public-private symbiosis prevail. It is not conceivable that President Xi Jinping publicly criticizes Alibaba and his owner Jack Ma, as Donald Trump did to Amazon and Jeff Bezos, also because the last is the owner, among other things, of the Washington Post newspaper that does not refrain from criticizing Trump, while Jack Ma is a member of the Party.

In his interesting analysis, Kai-Fu Lee divides the development of AI into four phases:

The Perception AI is the one that is moving us from O2O (On-line to Off-line) like “click and collect” (order on the web site and collect in store) to the experience that Kai-Fu Lee defines OMO (On-line Merged Off-line) and Alessandro Baricco in his book "The Game" defines as "Fusion of man and machine" ... "where the distinction between the real world and the virtual world falls into a secondary border". Screen and keyboard are no longer the only means of interaction with the On-line world, replaced by cameras, microphones, speakers and other environmental sensors.

In Perception AI, China is already a world leader, also thanks to the enormous volume of data generated by the massive public video surveillance projects shared with private companies such as SenseTime and Face++. According to Kai-Fu Lee this advantage is going to widen, although the supremacy in Business AI will remain in US hands for a long time.

Why Intelligent Retail is so developed in China

The Perception AI based on the automatic understanding of images, sounds, phrases and movements is the one that allowed not only to Amazon, but also to the Chinese chain >strong>Youghui, to realize cashierless stores entirely managed through smart cameras. It is also the basis of systems that analyze the customers journey in stores, in order to optimize the products display, assortments and prices, and understand the preferences of each individual customer to provide useful information.

In China, also due to the huge popularity of mobile payments, the data production gap between On-line and Off-line shopping is being filled rapidly, unifying sectors that were once opposed.

Excellence in this field requires a high level production capacity in consumer electronics and a perfect integration with AI. An example is Xiaomi, which offers a full range of devices ranging from smartphones, smart speakers and cameras without owning any factory, but drawing on the subcontracting network born to serve the western market.

Probably the next study trips of western Retailers will no longer be in New York but in Beijing or Shanghai.