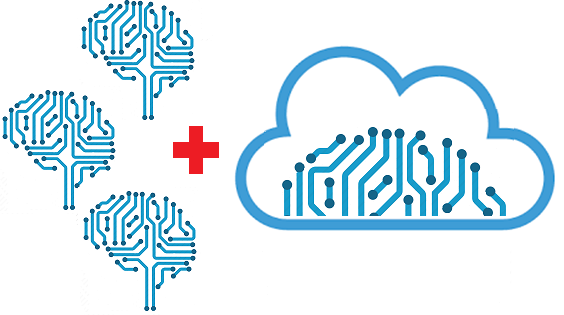 Recent architectural trends defined, for example, "Intelligent Edges + Intelligent Cloud" by Microsoft and "Devices & Lambda @ Edge" by Amazon, highlight the benefit of native App inside smartphones, tablets, PCs and industrial devices. Also considering Artificial Intelligence (AI), while not questioning its natural gravity centre in the Cloud, the trend highlights the advantage of extending at the edge, a trend already begun in smartphones that recognize our face, voice, and interpret, often correctly, the intention contained in a sentence pronounced as if we were talking to a person.

Users have become familiar to quickly access any information from anywhere with any device and always seek a richer and more responsive user experience or, in other words, efficiency and simplicity. At the same time, PCs, smartphones, tablets and industrial devices incessantly increase computing power and memory capacity, but Centralized Architectures, with a browser or even simpler "thin clients" at the edge, do not exploit the present potential.

These traditional Centralized Architectures are still used because they are simpler to build and maintain, and do not require the initial unloading of a new App at the edge. In the business / enterprise sector have emerged the so called SoSaaS (Same old Software as a Service) where the Cloud is used just for Hosting or ASP (Application Service Provisioning): a marketing shortcut without the scalability, security, service level and agility of Cloud-native SaaS.

While Machine Learning (ML), i.e. the preliminary phase of learning from large volumes of data using huge computational power in order to synthesize a model, can only take place in the Cloud, the idea of moving such models inside the local Apps is spreading. Particularly efficient and compact software frameworks such as Azure IoT Edge, Caffe2Go, CoreML, Greengrass ML Inference, MobileNet, MXNet, TensorFlow Lite ... are used to reduce latency phenomena (the delay between sending the request to the Cloud to the reception of the answer) and data exchanged, to allow good experiences even with slow and intermittent connections.

Take for example self-driving cars where it is unthinkable that the reaction to a dangerous situation depends on the connectivity or response times of the Cloud and also that every car in circulation sends online data in the order of GB every second.

Putting intelligence where data is collected is common sense. The pervasive use of AI in peripheral devices renovates the tendency towards Distributed Architecture, where intelligence is not concentrated in the centre, as in the Centralized one, or all in the periphery as in Departmental Architecture, which leaves to the centre the simple data consolidator role. Distributed Architecture in Retail means, for example, having the promotional engine on each POS and stock data with its optimization models in the Cloud.

Where is the problem then? On one side it is difficult to synchronize thousands POS local caches in a continuous and secure way, with millions of products, promotions and customers, potentially different for each store and also switched on and off according to local needs. On the other side, it is critical to process hundreds or thousands sales per second in a continuous and secure way, in order to continuously update the stock and allow global visibility in near-real time. Fortunately, the new Cloud paradigms were born also for scenarios that was rare before the Internet.

About 10 years ago, when BEDIN Shop Systems began the total redesign of its Retail Store Management System to exploit the full potential of a modern Cloud Platform and deliver it as a managed service, it was clear that the old Centralized and Departmental Architectures were obstacles for a real leap forward. Our Cloud-native SaaS aKite based on a Distributed and Open Architecture, asynchronous messages, safe and reliable bus on standard https connections … reduce deployment costs and increase agility. A choice that shows even better its advantages with pervasive AI.

Consider, for example, the advantage to immediately define and issue the most relevant Coupon or Promotion for each customer, based on the newly purchased products, but also on a summary of the entire purchases history and the customer “cluster”, as soon as the receipt is closed. This imposes models processed centrally to exploit all available data and the power of Cloud, but then distributed locally to be fast and operate even without connection or in the presence of other external faults.

The connection of peripheral devices to a centralized software, known as "automation", characterizes the Third Industrial Revolution, while an intuitive definition of the Fourth Industrial Revolution is "companies with a nervous system". In this perspective, Distributed Architecture is the one that best blends the "mind" on the Cloud with instantaneous “conditioned reflexes” at the edge, apparently automatic but in reality based on what learned from the past and future goals. Not surprisingly "deep neural networks", inspired by what we know about our brain working mechanisms, are the fastest growing AI techniques. The continuous and autonomous improvement make AI one of the most distinctive catalyser of the current Industrial Revolution.

The Retail evolution depends, more than other industries, on optimal reactions to the stimuli coming from the customers. In-store value proposition should not be limited to full control of customer experience, but focus also on the quality of data collected in order to produce stimuli and useful information for optimal choices. If truly such, they will be amplified by the possibility of immediate gratification, while customer satisfaction after the purchase will be a reason to repeat the experience.